His first performance took place at the age of 9 after winning the national music school competition. He began his studies in Budapest at the Béla Bartók Academy of Music, followed by the Franz Liszt Academy of Music taught by masters including Ferenc Rados, Sándor Falvai and Peter Solymos He graduated in piano in 1993. He toured around the world, giving concerts in Austria, Switzerland, Germany, France, Italy, Turkey, the United Kingdom, Russia, South Korea, Canada, the United States and Poland. 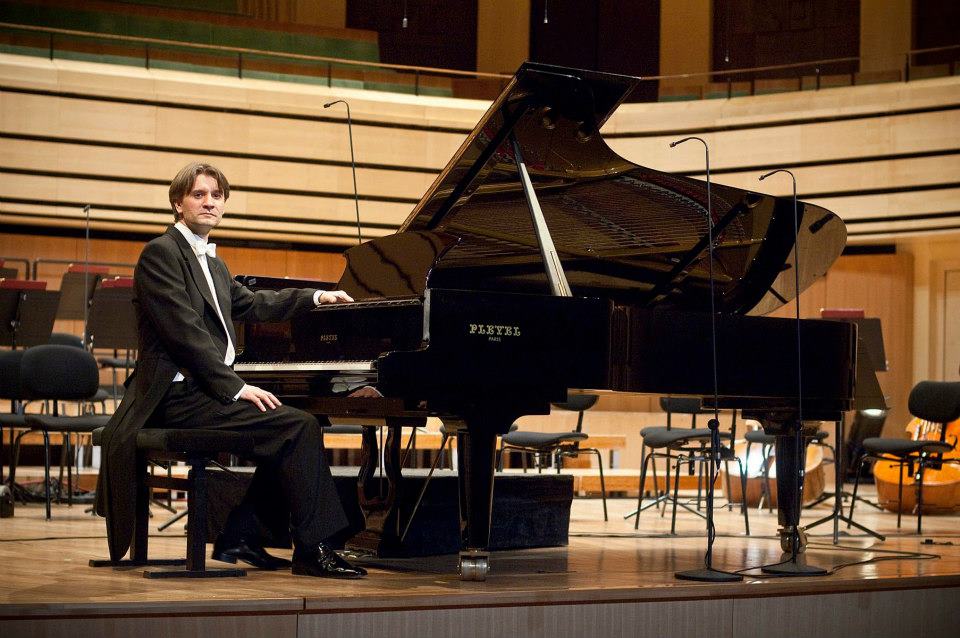 Since 2011, in cooperation with the Chopin Institute in Warsaw, he has been continuing his research in music history, making sound recordings, searching for Chopin-era pianos and presenting their sound as close to the authentic way as possible. Since 2001, he has been the director of Editions Fuzeau’s 19th-century series of piano works. Since 2004, in collaboration with the Academic Club Association he has been presenting masterpieces of romantic piano literature at four concerts a year in the ceremonial hall of the Hungarian Academy of Sciences including the entire oeuvre of Frédéric Chopin between 2005 and 2010.

He is actively involved in the promotion of Chopin’s oeuvre;he is editor and publisher of the Hungarian editions of Chopin’s biography in foreing languages. In 2005 he founded the company Zeneszalon Kft. with István Práczky, the aim of which is to revive the intellectual and material environment of salon culture. Since 2004, he has started the salon life of several institutions (including Pázmány Péter Catholic University- Faculty of Law and Political Sciences, Museum of Fine Arts, Hungarian Academy of Sciences -Academic Club). Amonghst tohers, he is a professor at the Károli Gáspár University of the Reformed Church in Hungary and he plays a prominent role in the renewal of the Hungarian collection of pianos and in the exploration of their values. 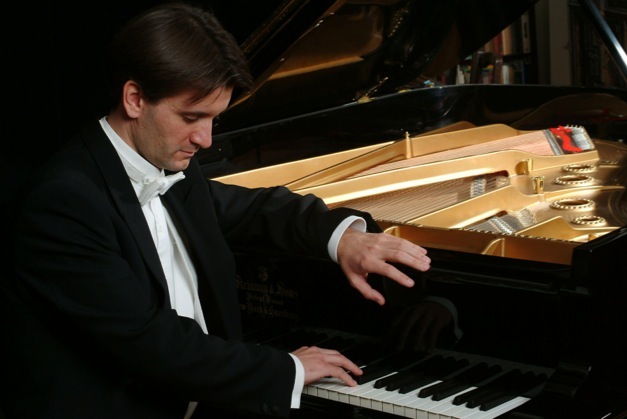 Since 1993, he has been giving master courses in Hungarian and foreign higher education institutions. From 1996 he was a Professor and Head of Department at South Korean Taegu University for 3 years. He has been invited to numerous domestic and international music festivals. After the opening of the Palace of Arts in Budapest, on April 28, 2005, he was one of the first artists to give a concert in the new concert hall with his orchestral evening: Chopin-Pleyel-Szilasi. And with this he launched a series of international events for the 2010 Chopin Bicentennial, which included recording of Chopin’s oeuvre on Pleyel pianos and a facsimile release of the first editions of the sheet music in collaboration with French Éditions Fuzeau.

In 1991 he was awarded the title of “Soloist of the Hungarian Radio”. In 1994 he won the GIA scholarship in Italy. In 1995 he was awarded the Kawai Prize in Milan. In 2005 he was awarded the Kölcsey Prize. In 2007 he was awarded the 2006 Art Prize of the Academic Club Association, and in December 2008 he received the Gramophone Prize as the Musician of the Year. In 2010, he received the “Chopin Passport” of the Polish “Chopin 2010” Anniversary Committee. In 2011, the Minister of Cultural Heritage of the Republic of Poland awarded him the Order of Merit for Polish Culture for his artistic achievements during the Chopin Bicentennial Year and for his efforts to promote Polish culture abroad.